Over 4 million lights come out to shine around the world

My heart is swelling today as are the hearts of millions around the world, witnessing the outpouring of solidarity, connection, integrity, pure desire for truth and meaning, following the inauguration of America’s dark knight.
Politicus USA published an article claiming the women’s march is the biggest protest in US history, estimating 2.9 million people came out across the nation. Embedded in their article is a link to a google doc that is being updated with estimated figures, not just from the US, but globally. At the time of writing that figure is between 4 and 5 million people who came out to show this newly elect what people power really is.As I had written in a previous post, my true sense of this seeming loss of sanity we are living, is that the election of this dark knight is no accident. If Hilary was being inaugurated, this wouldn’t not have happened and we would continue with the same old story of war mongering behind the facade of a seemingly female president. No, we need this. We need radical change. Yes there are strong fears as to what might happen during this 4 year reign of self fulfilling rule – borders, selfishness, competition, division, conquer – all the old tactics of the patriarchy that we are growing out of. Divide and conquer. It’s over. 5 million people around the world are a demonstration of that.Now is the time for the true nature of the feminine to rise. She is not a warrior – that’s a masculine job. She is not a feminist – that’s a competitive stance. She is not angry – she knows that all fear has to be embraced, healed and transformed. She knows that the only way forward for humanity is collaboration, unity and a celebration of our differences, whilst recognising our common bonds.

Love will always conquer fear. What every single one of us is now being called to do, is to face all of our fears, finally. Let’s shine a light in every dark recess of our consciousness and be brave enough to stand up and love what we do, who we are and where we are going. Let us love every opportunity to grow – that means loving the darkness too.

About the Author: Treacy O'Connor 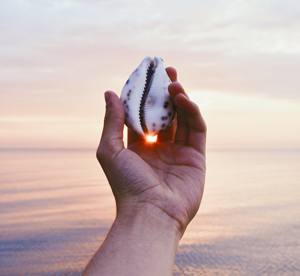